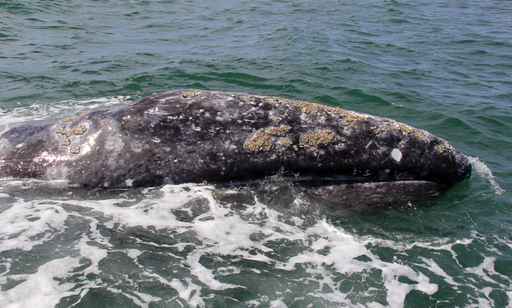 KODIAK, Alaska (AP) – Two more dead gray whales have been reported in Alaska, bringing the total to 12 this year.

NOAA Fisheries spokeswoman Julie Speegle says the whales will not be necropsied because of their locations and decomposition.

Eight-three whales have died in U.S. waters, eight in Canada and 78 in Mexico.

NOAA has declared an “unusual mortality event” because of the large number of gray whale deaths. Gray whales migrate from calving waters in Mexico to feed in Alaska and many of the dead have been malnourished.
—
Information from: Kodiak (Alaska) Daily Mirror, http://www.kodiakdailymirror.com