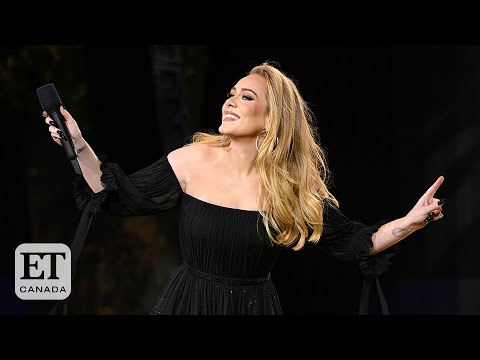 Adele finally launched her delayed residency Friday at the Colosseum at Caesars Palace. Originally scheduled to kick off in January, production issues — and Adele’s own dissatisfaction with the staging — caused a nine-month delay, during which time rumors circulated suggesting that the show may move venues or be called off altogether.

Adele is rolling in the deep at her Las Vegas residency. https://t.co/RUCZOlYLEf pic.twitter.com/HLmB7Xlc3F

“I’m truly sorry for any inconvenience and any disappointment that I’ve caused, but we’re here tonight and together” she said from the stage. Delaying the run, she added, “was the best decision I ever made.” She was happy with the first show and said it was just how she imagined. The crowd of 4,100 — which included James Corden, director Baz Luhrmann, Apple CEO Tim Cook and British artist Stormzy (seated with Adele’s beau Rich Paul) — were all seen cheering during frequent standing ovations.

“Set Fire to the Rain” was UNREAL. @Adele #WeekendsWithAdele pic.twitter.com/7QsBPTfC8p

Following her grand finale “Love Is A Game,” an huge column of pink confetti cascaded down, completely obscuring Adele. When the confetti cleared, she had vanished.