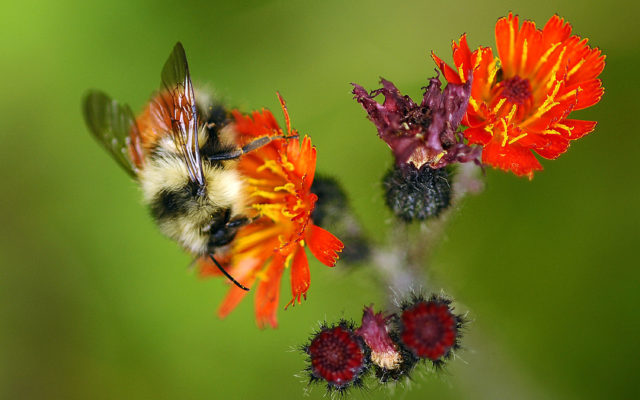 FAIRBANKS, Alaska (AP) – Some Alaska beekeepers believe there is a connection between pesticides and an increase in honeybee deaths.

The Fairbanks Daily News-Miner reported Sunday that beekeepers and other residents have asked the Fairbanks North Star Borough Assembly to pass an ordinance banning specific pesticides.

The assembly says the borough can investigate but does not have the authority to regulate pesticide sprays.

At least one beekeper at the meeting last week singled out bifenthrin and deltamethrin, insecticides that are legal in the U.S. but must be certified for use on Alaska properties.

Beekeepers say pesticides can drift between different properties if multiple pest elimination services are spraying in the same area.

One hive owner says that after nearby spraying some of her bees died, while honey was discolored and wax was unusually thick.
—
Information from: Fairbanks (Alaska) Daily News-Miner, http://www.newsminer.com