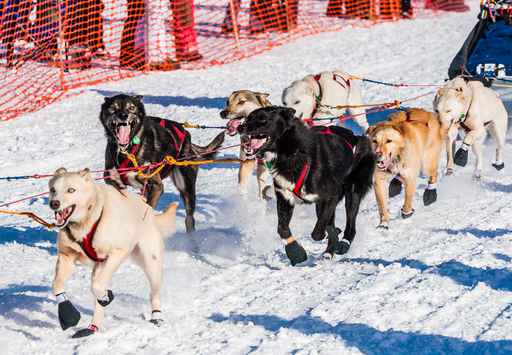 The victory was Moore’s third in the 1,000-mile (1,610-kilometer) race between Fairbanks and Whitehorse.

Hans Gatt and Lance Mackey each have won the four times.

Moore finished with all 14 dogs he started with.

The race began in Fairbanks on Feb. 3 with 26 teams. Eleven teams have scratched and 14 remained on the trail early Tuesday morning.
—
Information from: Fairbanks (Alaska) Daily News-Miner, http://www.newsminer.com