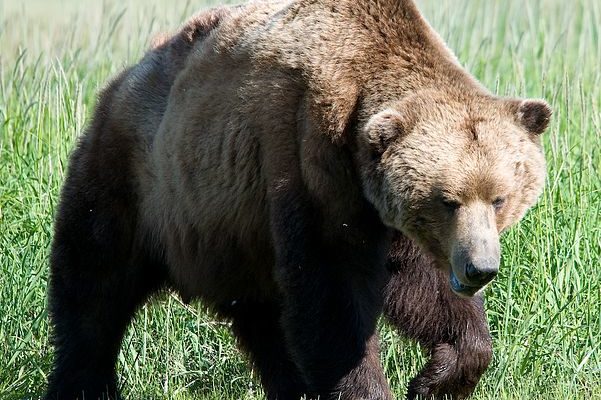 Alaska authorities say a missing man has been found dead near the site where a member of his search party was mauled by a brown bear near a suburb of Alaska’s largest city.

They believe the missing man, Michael Soltis, was killed by the same bear.

Anchorage police say Soltis’ body was found near the end of a road in the Eagle River area by officers searching for the bear after the Wednesday morning attack.

Police say it appeared the bear had been protecting Soltis’ body when the attack occurred. The name of the injured searcher was not released, but authorities say his leg injuries are not believed to be life threatening.

The bear has not been located, and police are asking people to stay away from the area.

Authorities in Alaska say one person was mauled by a bear while searching for a missing hiker near Alaska’s largest city.

Anchorage police say the male victim had serious injuries to the leg in the Wednesday incident near Eagle River, an Anchorage suburb. The victim, whose identity was not released, was hospitalized. The brown bear was not immediately found.

The attack occurred during a search for 44-year-old Michael Soltis, who was last seen near Eagle River on Monday afternoon and presumed to be going on a hike.

Alaska Fish and Game spokesman Ken Marsh says agency representatives were heading to the site. They will try to determine whether the bear attack was predatory or a defensive action, such as guarding bear cubs or a food cache like a dead moose.

Global Glitch: Swaths of Internet Go Down After Cloud Outage

Why Are You Sweating So Much? (Besides the heat!)

June 14th, 2021
View full playlist
Connect With Us Listen To Us On