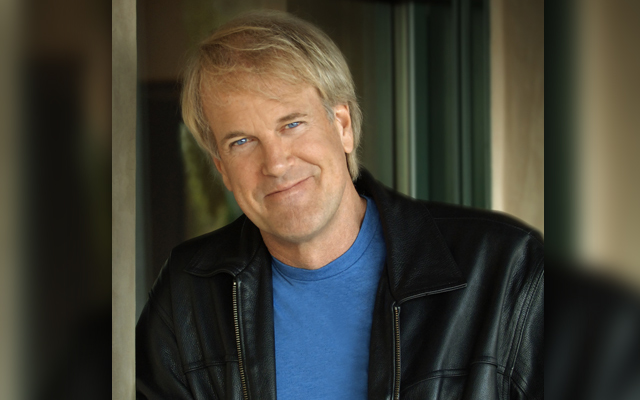 Often, the hardest part of making a change is GETTING STARTED! If you're looking to better yourself or better your life, you need something called "Activation Energy!" Here's Mel Robbins – #5SecondRule (commentator, best-selling author, and motivational speaker) to explain how you can use activation energy to jump start change in your life!

Change Your Life with John Tesh

Change Your Life Now for the better by using some intelligence you can you use. John Tesh is on Mix 103.1fm Anchorage weeknights at 7pm AKST with Intelligence for Your Life

John Tesh is an American pianist and composer of pop music, as well as a radio host and television presenter. His 10-year-old ‘Intelligence for Your Life Radio Show’ reaches 14.2 Million listeners/week, and is syndicated by Teshmedia on 400 stations in US, Canada, and the UK.

Tesh has won 6 music Emmys, has 4 gold albums, 2 Grammy nominations, and an Associated Press award for investigative journalism. Tesh has sold over 8 million records. His live concerts have raised more than $20 million for PBS. His NBC Basketball Theme has been hailed as one of the top 3 sports themes of all time.

He is also known as the longtime host of the television program Entertainment Tonight. He has previously worked as a sportscaster for the Olympic Games, a news anchor and a reporter.

Biography
With an impressive career that spans more than 25 years, John Tesh is known worldwide as a leading and respected figure in the entertainment and broadcasting industries. After 10 years as co-host of “Entertainment Tonight,” he surprised many by leaving the highly visible position to pursue his career as a fulltime musician. For generations music and media have gone hand in hand and Tesh has conquered both brilliantly through numerous media, music and creative formats, as one of the most successful syndicated radio show hosts in the country with Intelligence For Your Life Radio: With Your Host John Tesh, his new musical endeavor, ALIVE music&dance and even a new book.

The six-time Emmy winning radio and television host and Grammy nominated musician offers up his ‘on-the-air’ brand of life-coaching with new DVD & CD projects and his second book, Intelligence for Your Life: Powerful Lessons for Personal Growth.

In his book, Intelligence for Your Life (Thomas Nelson, Inc.), Tesh uplifts and inspires readers to find the deepest desires of their hearts, create a plan for pursuing their dreams, overcome crippling fears and inspire those around them.

But Intelligence for Your Life is more than a guide to informed living; it is also a memoir. Tesh shares his own story here, revealing the passions that have driven him and given shape to his extraordinary professional and personal life, and how he’s implemented the tools that he talks about on The John Tesh Radio Show every day.

“I like to call it ‘purpose-driven radio,’” says Tesh of his award- winning daily and weekly show that is heard on over 300 stations nationwide by more than 8 million people. Listeners tune into the syndicated show each week to hear him warmly impart in-depth “intelligence for your life” – tips on how to earn your boss’s trust, fight jet lag, get out of debt, find your life’s calling or even discover the power of prayer.

“Planting seeds and encouraging people with the program and my music is a method with which I am truly comfortable,” says Tesh. “‘Music and Intelligence For Your Life’ is a safe haven for family listening. Children, men and women of all ages can gain something from the show.”

With his staff of 10 full-time researchers, Tesh has uncovered a wealth of practical information and life-change choices throughout the years. He now combines that knowledge with some incredible personal experiences for this first book in what promises to be a successful ongoing series.

If you follow his career, it becomes obvious that music has always been Tesh’s main passion. Three of Tesh’s releases, A Deeper Faith, Christmas Worship and Power of Love all resided on the Billboard Pop and Christian Music charts and Power of Love was nominated for a 2003 Grammy for “Best Pop Instrumental Album.” With the release of A Deeper Faith 2 and his book “The Power of Prayer and Worship,” Tesh solidified his reputation as an artist not only providing excellent music, but creating projects deep from his heart that “mean” something, making a difference in this world. His acclaimed, family- friendly CD and DVD, Red Rocks Platinum, was also a hit national television special and Tesh’s first Live At Red Rocks concert from 1993 was a best selling and RIAA Gold-certified CD.

Tesh’s talent, charisma and brilliant musicianship first took PBS by storm with LIVE AT RED ROCKS and that change success quickly gave the former Entertainment Tonight anchor a solid fan base to showcase his musical talents. Concert audiences will once again have the opportunity to experience Tesh’s energy, which he first displayed on PBS, with a new inspiration and reflection of where culture blends with his renewed musical passion!

Now, more than a decade later, Tesh seems to have reinvented himself through these compelling new projects. As a television host, recording artist, music director, author and syndicated radio show host – John Tesh has explored and succeeded in all of these facets of the entertainment industry. With three gold albums and a career that includes six Emmys, two Grammy nominations, an Associated Press Award for investigative journalism, a Keyboard Magazine Award, several number one radio hits, three hit PBS specials and two tours as an Olympic announcer/composer; and some change  it’s obvious that Tesh has a drive for versatility.