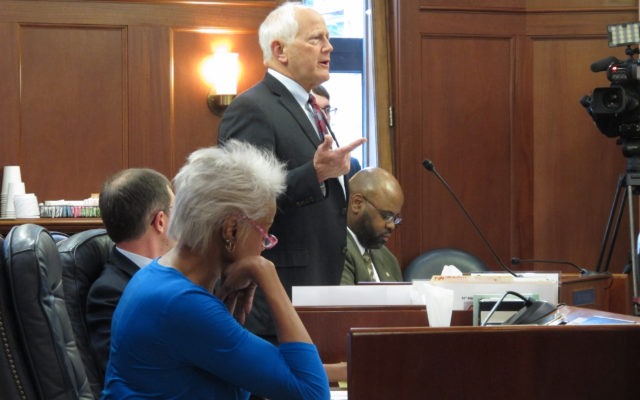 Alaska state Sen. Chris Birch’s family says he died from a torn or ruptured aorta and not a heart attack.

Birch’s family, in a statement, said he died late Wednesday at an Anchorage hospital. The statement says Birch experienced severe chest pains and as tests were being done to determine the cause of his pain, he went into cardiac arrest and died from an aortic dissection.

Lawmakers Thursday offered warm remembrances of Birch, a former state House member who was elected to the Senate last fall.

Birch is a former state House member who previously served on the Fairbanks North Star Borough and Anchorage assemblies.

He was elected last fall to the Anchorage Senate seat that had been held by Republican Kevin Meyer, who was elected lieutenant governor. Birch chaired the Senate Resources Committee.

Maria Bahr with the Department of Law says the process for replacing Birch will begin with an appointment by the governor to fill the seat until a special election is held.