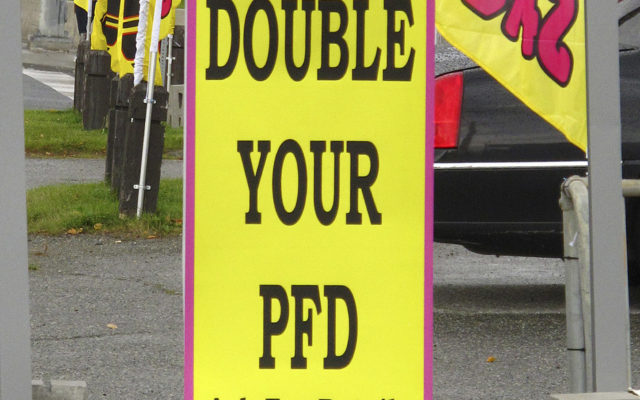 JUNEAU, Alaska (AP) – House and Senate negotiators have unveiled a proposal to limit draws from Alaska Permanent Fund earnings. But the measure would leave the fight over the size of future dividends from the oil-wealth fund to future Legislatures.

Lawmakers plan to discuss the conference committee proposal in their respective caucuses.

Lawmakers plan to use fund earnings for the first time to help fill the state’s budget deficit. Fund earnings are also used to pay annual dividends to residents.

The size of this year’s dividend is generally considered settled at $1,600. That’s about $1,000 less than Alaskans would have received if the statutory formula for calculating dividends was followed.

That formula has been ignored the past two years. Critics of a full-pay dividend this year say it would be fiscally reckless.