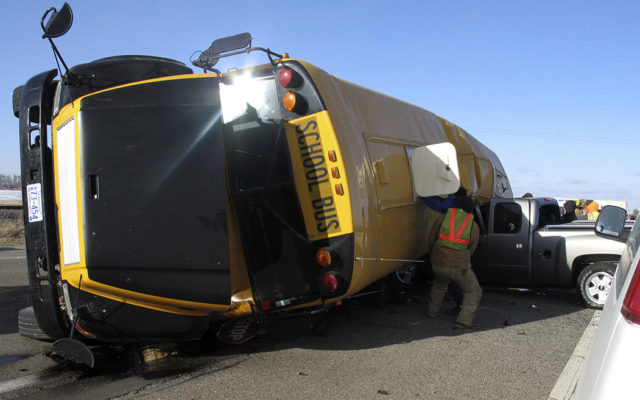 MINNEAPOLIS (AP) – Federal immigration officers have arrested a Guatemalan woman for illegally re-entering the U.S. after she was deported for causing a school bus crash that killed four children in southwestern Minnesota in 2008.
Deportation officers with U.S. Immigration and Customs Enforcement arrested 35-year-old Olga Franco del Cid at her home in Inver Grove Heights on Tuesday.
ICE officers received a tip that Franco del Cid had illegally re-entered the U.S. and returned to Minnesota.
Franco del Cid was convicted for crashing a minivan into a school bus near Cottonwood that killed four students. She was in the country illegally and claimed her boyfriend was driving.
After her conviction, Franco del Cid served eight years of her sentence and was deported after being released from state prison.
She remains in ICE custody. ICE spokesman Shawn Neudauer says she doesn’t have an attorney yet, according to federal records.