As discussed on the Mix Morning Show with Devan & Matt –

If you woke up this morning thinking, “I wonder what’s the most popular cocktail in every state,” we’ve got you covered!

(You’re welcome!  We like to keep you up to date on the most important stuff.)

A new study figured this out based on Google searches.  And these five drinks won the most states . . .

1. Whiskey Sour. It was the most popular in six states.

And by the way, the Long Island Iced Tea was NOT number one in New York.  Nor was the Manhattan.  People in New York voted for the Moscow Mule.

Oh, and a Sex on the Beach was number one in two states:  North and South Dakota.  Which might just be further from a beach than any other two states in the country.

Here’s a nifty map with all of the results.  ENJOY YOUR TEQUILA SUNRISE RESPONSIBLY, ALASKA! 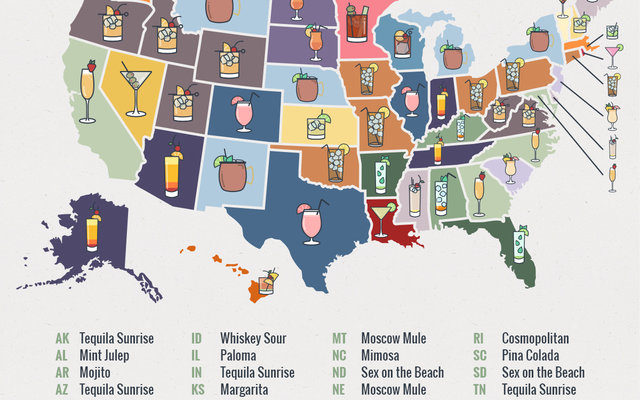