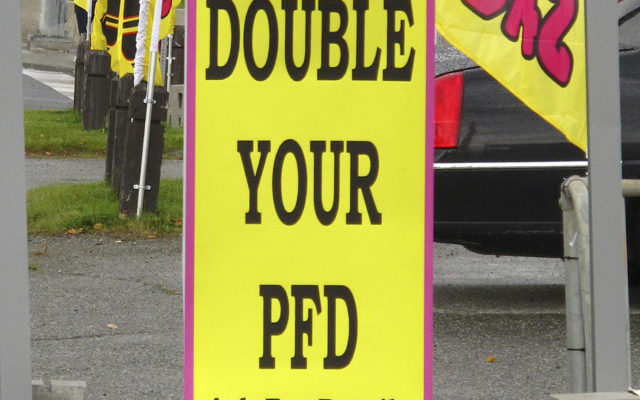 ANCHORAGE, Alaska (AP) – The Latest on the Alaska primary (all times local):

The path to the governor’s office in Alaska this year could hinge on the oil check given to residents.

For some, the annual check is discretionary money. For others, including those who are lower-income or live in high-cost rural Alaska, it’s a part of their income.

In 2016, amid legislative gridlock over a multibillion-dollar budget deficit, Gov. Bill Walker cut the size of everyone’s check. He defended the move as necessary to preserve Alaska’s savings.

Some voters are angry.

Walker’s action set a precedent: since then, lawmakers have not followed the formula in law for calculating the checks. Some have insisted doing so, while the state is in a deficit, would be fiscally reckless.

But the decision has brought with it political backlash that Walker, an independent, hopes to withstand as he faces re-election.

Alaska U.S. Rep. Don Young says he was humbled to receive the Republican nomination for his seat in Tuesday’s primary.

Young is the longest-serving member of the House and faced two primary opponents who had little name recognition or campaign resources.

Young in a statement says he’s energized by the encouragement he’s received to keep working for the state and nation.

Young in the general election will face independent Alyse Galvin, who won the Democratic nomination.

Galvin says people who have not been involved in politics are joining her campaign. She says people are ready for a change.

The race for Alaska governor looks to be a three-man contest, though some are still seeking to pressure the Democratic challenger to bow out.

That Democrat, Mark Begich, said he’s not going anywhere: “I’m in the race,” he said.

He is expected to face Begich, who was unopposed in the Democratic race, and Gov. Bill Walker, an independent who skipped a head-to-head primary fight with Begich and instead gathered signatures to appear on the November ballot.

Walker’s move was aimed at ensuring that he could run as a team with his Democratic lieutenant governor, Byron Mallott.

Walker in 2014 changed his party affiliation from Republican to undeclared in forming a so-called unity ticket with Mallott that was backed by Democrats.