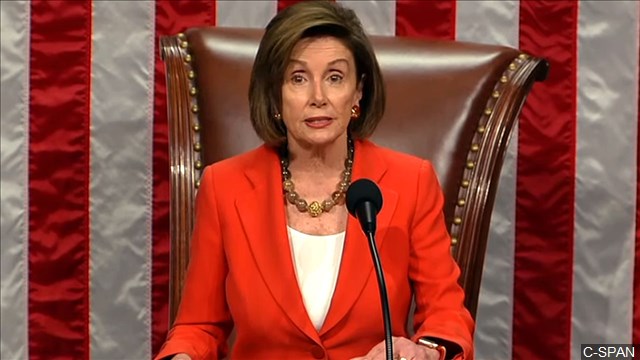 In a letter Friday to her Democratic colleagues, Pelosi said she has asked Judiciary Committee Chairman Jerry Nadler to be prepared to bring to the floor next week a resolution to transmit the articles of impeachment to the Senate.

Pelosi has held on to the articles in a standoff with Senate Majority Leader Mitch McConnell.

House Democrats impeached Trump three weeks ago on charges of abuse and obstruction over his actions toward Ukraine.