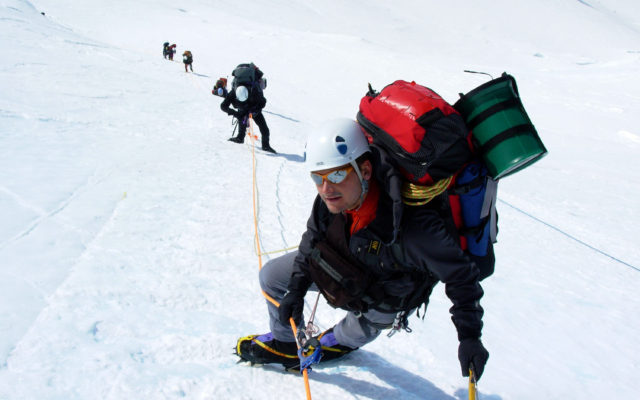 Rules for poop are serious on the Alaska mountain because all water comes from melted snow and contamination can lead to diarrhea and life-threatening dehydration.

Climbers above a base camp at 7,200 feet (2,194 meters) are allowed to deposit human waste into deep crevasses.

However, a researcher has determined that bacteria in much of the waste are not killed because it’s not exposed to extreme temperatures or ultraviolet light.

Proposed rules would require climbers to deposit human waste in one of two places: a crevasse high on the mountain, where it’s likely to be rendered inert, or at a ranger station in the Talkeetna, where climbers land after flying off the mountain.