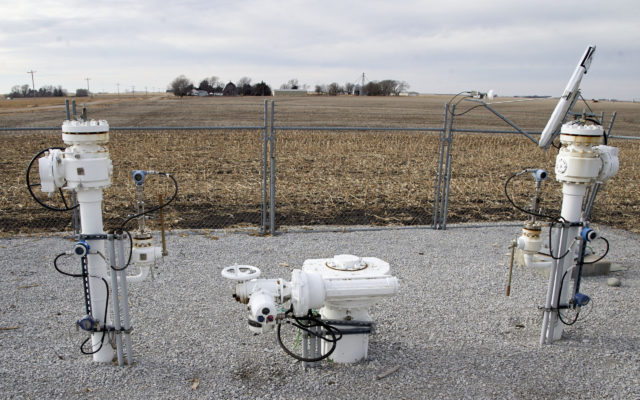 BILLINGS, Mont. (AP) – The Trump administration has approved a right-of-way allowing the Keystone XL oil sands pipeline to be built across U.S. land. Federal officials told The Associated Press that Interior Secretary David Bernhardt signed the approval Wednesday for 46 miles of the line’s route. The move pushes the controversial $8 billion project closer to construction, but it still faces court challenges. The 1,200-mile pipeline would transport up to 830,000 barrels of crude oil daily from western Canada to U.S. refineries. It’s become emblematic of the struggle between economic development and curbing the fossil fuel emissions that are causing climate change.