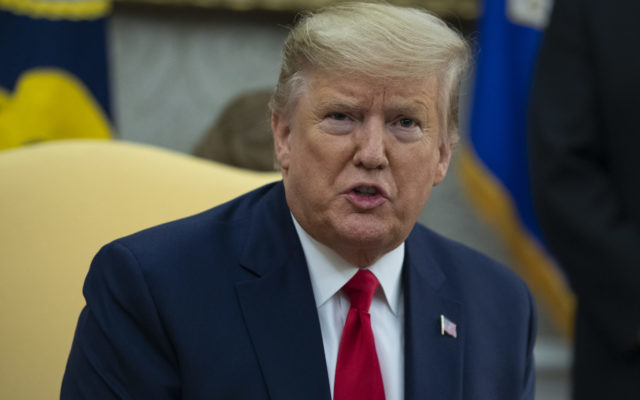 WASHINGTON (AP) – President Donald Trump appears to be suggesting he’s willing to consider entitlement cuts in the future, a move that would mark a tectonic shift from his 2016 campaign position. In a TV interview, Trump suggested he’s open to a cut in social safety net benefits, such as Medicare and Social Security. The remarks came in a CNBC interview on the sidelines of the World Economic Forum in Davos, Switzerland. While Trump has repeatedly talked up strong economic growth, the federal budget deficit has swollen as his administration has pressed for tax cuts and increased government spending.