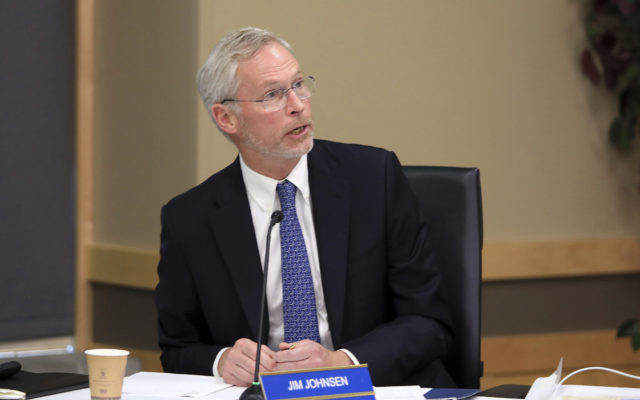 FAIRBANKS, Alaska (AP) – The University of Alaska Board of Regents has approved a motion to consider both single- and multiple-university accreditation models.

The Fairbanks Daily News-Miner reported Saturday that new language was added during a board meeting in Anchorage enabling two options for accrediting the state’s universities.

University President Jim Johnsen has proposed a “New UA” model that would consolidate the three separately accredited universities in Anchorage, Fairbanks and Juneau into a single-accredited institution.

The $70 million cut would be stretched over the next three years but still leave the university system with $25 million in reductions this year.

The consolidation plan has generated opposition among faculty, students and members of the public.
—
Information from: Fairbanks (Alaska) Daily News-Miner, http://www.newsminer.com