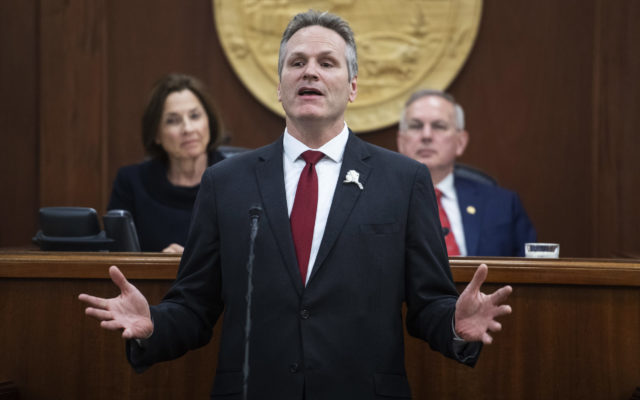 By BECKY BOHRER
Associated Press
JUNEAU, Alaska (AP) – Alaska Republican Gov. Mike Dunleavy says the state is running out of time to fix its long-running budget deficit. In his State of the State speech Monday, Dunleavy called for creating a statewide lottery and doubled-down on proposed constitutional changes that got little traction last year amid outcry over budget cuts he’d proposed. Dunleavy, who is facing a recall threat, says a focus on cuts last year took up all the attention. He says he shied away from deep cuts in his spending proposal for the upcoming budget year to allow more room for discussion of a long-term plan.