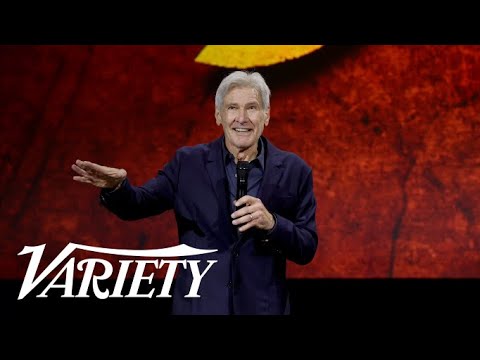 One of the best things to come out of Disney’s D23 Expo was seeing Harrison Ford talking about how proud he is of the 5th and final movie in the Indiana Jones saga.

He introduced footage for his last Indiana Jones saying: “I’m very proud to say that this one is fantastic,” he said. “Indiana Jones movies are about mystery and adventure, but they’re also about heart. We have a really human story to tell. It is a movie that will kick your ass. … This is it! I will not fall down for you again.”

And then something magical happened backstage when Ke Huy Quan, who was announced as a new cast member of Loki season 2, shared a sweet photo of himself reuniting with Ford!

The only reunion you need to see today. Indy and Short Round together again 38 years after Indiana Jones and the Temple of Doom. #HarrisonFord #KeHuyQuan #IndianaJones pic.twitter.com/qUtYhCXCz8

Months ago, Quan told Kelly Clarkson on her show that he taught Ford how to swim during the off time from filming “Indiana Jones and the Temple of Doom”! You might also recognize Quan as Data from “The Goonies”!