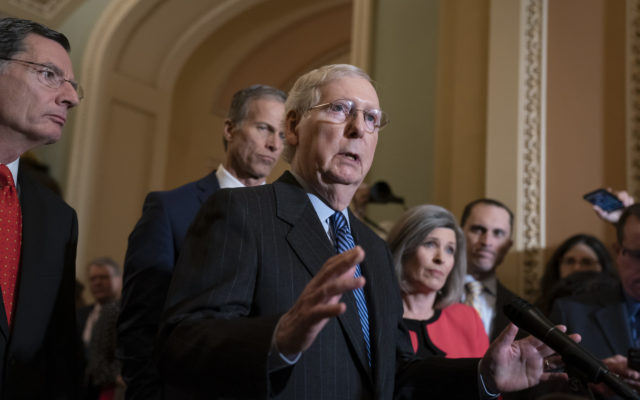 WASHINGTON (AP) – Senate Majority Leader Mitch McConnell says he has secured enough Republican votes to start President Donald Trump’s impeachment trial and postpone a decision on witnesses and documents Democrats want. McConnell is expected to launch the third impeachment trial in the nation’s history as soon as House Speaker Nancy Pelosi sends the articles of impeachment to the Senate. She is set to meet late Tuesday with her leadership team. The contours of a Senate trial have been in dispute. Pelosi is delaying transmission of the articles as Democrats press to hear from former national security adviser John Bolton and other new witnesses. McConnell has resisted.