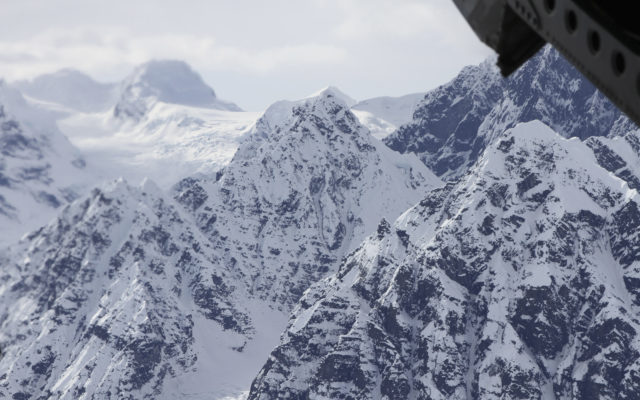 A Michigan man has been identified as the pilot the plane that crashed in Alaska’s Denali National Park over the weekend, killing four people and leaving the last person on board missing and presumed dead.

Park spokeswoman Katherine Belcher identified the pilot of the flightseeing plane as Craig Layson. She didn’t have an age or hometown.

However, the Saline Post newspaper in Michigan reports Layson and his wife, Maggie, live in Saline and he works summers as a pilot for K2 Aviation in Talkeetna, Alaska. Bobby Seldkamp, the manager at Stony Creek Collision in Ypsilanti, Michigan, confirmed in a phone interview with The Associated Press that Layson was the pilot and owner of the repair business.

Belcher says the identities of the four passengers on the plane from Poland haven’t been released yet. The park service has been working with the Polish embassy in Los Angeles.

Bad weather and challenging terrain will hamper the investigation into a fatal sightseeing airplane crash in Alaska’s Denali National Park.

The small airplane carrying four passengers from Poland and a pilot crashed Saturday evening. A National Park Service ranger lowered to the crash site by a helicopter Monday found no survivors.

Clint Johnson of the National Transportation Safety Board says cloud cover could prevent recovery of the bodies until at least Thursday.

He says the crash site is near crevasses and that technical climbing skills are needed to reach it. NTSB investigators and the park service are working on recovery plans.

The crash occurred near the top of a mountain ridge about 14 miles (22.5 kilometers) southwest of Denali, North America’s tallest mountain.

The park service describes the terrain as a mix of near-vertical rock, ice and snow.

The National Park Service says four people have died in the crash of a sightseeing airplane in Alaska’s Denali National Park after thick clouds hampered rescuers’ response to a distress call.

The plane crashed around 6 p.m. Saturday near the top of a mountain ridge about 14 miles (22.5 kilometers) southwest of Denali, North America’s tallest mountain.

After the crash, the pilot reported by satellite phone that passengers suffered injuries. The satellite connection failed before he could give details.

Clouds and rain Sunday and earlier Monday prevented searchers from spotting the plane.

A search resumed Monday for an airplane that crashed on a mountain ridge in Alaska’s Denali National Park.

The National Park Service says the sightseeing flight was carrying a pilot and four passengers from Poland when it crashed early Saturday night.

A National Park Service high-altitude helicopter launched Monday morning along with an Air National Guard C-130 and Pave Hawk helicopters in an attempt to reach the crash site.

An Army Chinook helicopter from Fort Wainwright in Fairbanks also planned to launch with a ground crew onboard that can be inserted into a glacier staging area to assist with rescue operations.

The de Havilland Beaver flightseeing aircraft operated by K2 Aviation crashed near the summit of Thunder Mountain about roughly 14 miles (22.5 kilometers) southwest of the summit of Denali.