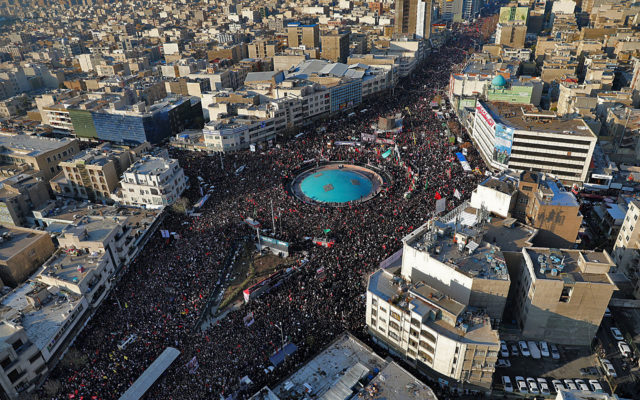 TEHRAN, Iran (AP) – At the United Nations, Russia and China say they strongly oppose the New Year’s Eve attack on the U.S. Embassy in Baghdad. But Moscow and Beijing say they have decided to block a U.N. Security Council statement condemning that attack because it doesn’t address the subsequent U.S. killing of Iran’s top general. Russia’s U.N. Ambassador Vassily Nebenzia says Moscow agrees with the proposed U.S. statement condemning the embassy attack. However, he told reporters Monday that the focus must now be to “prevent developments going down the drain in the direction of a major conflict.”